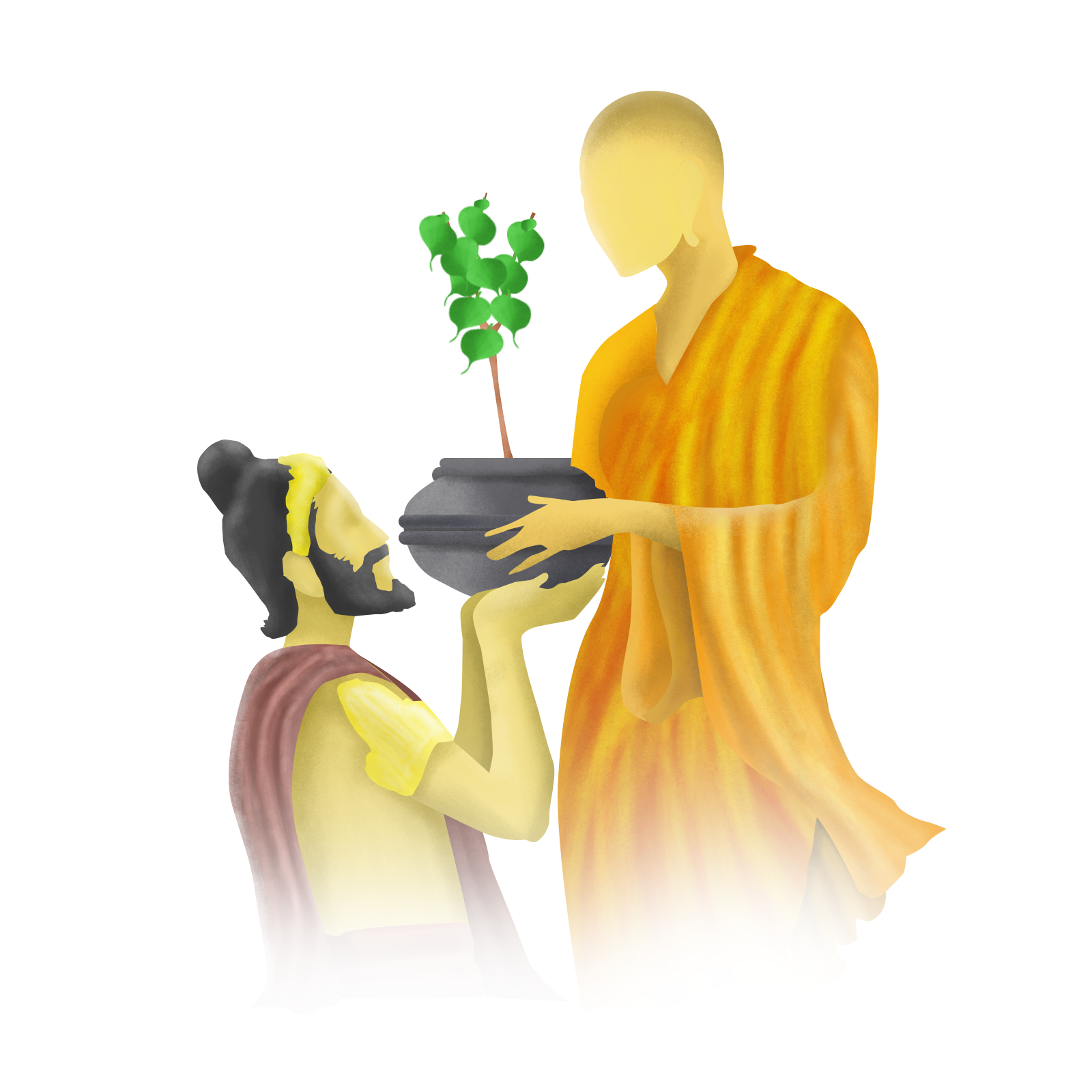 Unduvap Poya  is the last Full Moon Poya day of the year and commemorates the arrival of Sangamitta Theri in Sri Lanka with a Bo sapling from the sacred Jaya Sri Maha Bodhi in India during the month of Unduwap.

Sangamitta Theri was accompanied on this voyage of utmost importance by several members of the royal family who had entered the Sasanaya. This contingent landed in Dambakolapatuna port in Jaffna on an Unduvap Poya day during the reign of King Devanampiyatissa. Sangamitta Theri was the daughter of Emperor Asoka and the sister of Arahant Mahinda who brought Buddhism to Sri Lanka on Poson Poya day. After landing here and delivering this precious gift, she was responsible for establishing the Bhikkhuni Sasana during the month of Unduvap.