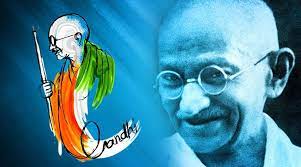 Gandhi Jayanti 2019: There are very few people in this world who have left a long-lasting impression on fellow beings with their ideologies and perspective in life that still make an impact. One such person is Mahatma Gandhi, who was born on October 2, 1869, in Porbandar, Gujarat. This year, the world is all geared up to celebrate the Mahatma’s 150th birth anniversary on Wednesday.

Remembering the leader and his contribution, every year on October 2, Gandhi Jayanti is celebrated across the globe. His teachings are reiterated and his words are revisited. Several schools arrange functions and people from different walks of life, caste and religion unite to mark this day. Gandhi’s words, actions and methods won over the masses and as a result, several joined him as he led the Dandi Salt March in 1930. In 1942, he launched the Quit India Movement.